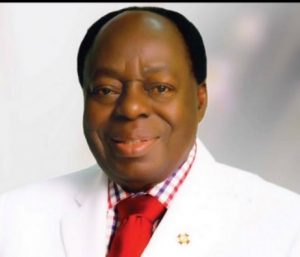 RELEVANCE OF SEPARATION OF POWERS AND INDEPENDENCE OF THE JUDICIARY

It is unfortunate that since Nigeria’s independence in 1960, the state has been wallowing in the abyss of misrule and has been struggling tenaciously to sustain genuine democracy and the judiciary has been saddled with the role of stabilizing Nigeria democracy.

When we look at our political system of government, the performance of the three arms of government, the electoral crisis and the post electoral crisis in Nigeria, one will arrive at the reluctant and bitter realization that the masses and electorates are not strong enough, united enough, courageous enough, or enlightened enough to cause the three arms of government to adhere strictly to the age long principle of separation of power.The abuse of state power mentioned here could not have thrived in Nigeria if the doctrine of separation of powers and rule of law and independence of the judiciary are strictly observed and religiously adhered to, and requisite checks and balance of state powers stringently maintained and respected. Assuming that these principles were rigorously adhered to in our country, Nigeria, the practice of democratic governance would have been well entrenched in our nation.

The relevance of separation of powers and the independence of the judiciary can be fully appreciated in Nigeria if we recall that the successive military governments we have had in Nigeria had invariably arrogated onto themselves executive, legislative and judicial powers and consolidated that in one unified power structure which is not uncharacteristic of the military as a unified and centralized command structure. Here is the clearest imperative of the demand for a separation of state and governmental powers in any political and governmental system, and the desirability, if not indispensability of the doctrine of independence of the judiciary. Throughout history, there has been exhibited a tension between the doctrine of separation of powers and the need for balanced government, that is, an arrangement depending more on checks and balances within the system than on a formalistic separation of powers.

Checks and balance is the principle that each of the branches of government or state has the powers to limit or check the other two branches and this creates a balance between the three separate powers of the state. Checks and balances are designed to maintain the system of separation of powers keeping each branch in its place. This is based on the idea that it is not enough to separate the powers and guarantee their independence but to give the various branches the constitutional means to defend their own legitimate powers from encroachment of the other branches.

There is no gainsaying the fact that a government of separated powers is less likely to be tyrannical and more likely to follow the rule of law. A separation of power can also make a political system more democratic. The division of powers also prevents one branch of government from dominating the others or dictating the laws to the public.

After three decades of nearly continuous military rule, democratic government was restored in Nigeria in 1999 and Nigeria once again adopted the American style of presidential system of government albeit with a nominal federal constitution. We must first of all recognize that despite the over 50 years of independence, in which the British bequeathed a democratic system of governance and also had our own very first democratic experience (1979) and now from 1999 to the present dispensation, our democracy is still largely fledging and imperfect with heavy consequences on human right.

However, we cannot but recognize that we are gradually, albeit slowly, heading toward what a modern democratic society should be. There will be teething challenges, and we have them in abundance. Nigeria, as a nation has witnessed major events and milestones in her journey from colonial days through independence, the military rules and the interludes of civil rules.

The on- going democratic dispensation came into force on May 29, 1999, with a new constitution known as the 1999 constitution. Under this Constitution, there appears to be some degree of separation of powers as between the Executive, which is made up of the president, the Council of Minister, the Civil Service, Local Authorities, Police and Armed Forces on the one hand, and the Legislature, i.e. the National Assembly, made up of the Senate and the House of Representatives, on the other hand. Our Legislature is bicameral, that is to say, there are two Chambers, each exercising a legislative role – although not having equal powers – and each playing a part.

Furthermore, it is this feature of judicial independence which is of prime importance both in relation to government according to law  and in the protection of the liberty of the citizen against the executive. Blackstone in his own recognition of the role of the judiciary in the above context has tersely observed that:

…. In this distinct and separate existence of the judicial power in a particular body of men, nominated indeed,” but not removable at pleasure by the crown” consists  one  main preservative of the  public  liberty which cannot subsist long in any  state unless the   administration   of  common  justice  be   in   some   degree separated both from  the  legislative  and  from  the  executive power.

It is clear from the above quotation from Blackstone that under the principle of separation of powers the Judiciary is made up of a body nominated but not removable at the pleasure of crown.

When is a judge free to deliver judgment without fear or favour?

The independence of the Judiciary as enshrined in the principle of separation of powers implies that the Judiciary should be independent of the two other Arms of Government i.e. the Executive and the Legislature.

The whole essence of this is to ensure that those who man the Judiciary i.e. the Judges at all levels from the Magistrates to the Justices of the Appellate Courts would be able to carry out their duties without fear or favour to enable them deliver judgements in all matters before them.

The import of the place of judgeship is perhaps better appreciated in the words of R. Ekpu when he said: “When you look at the courts today and you find judges who are willing to turn the law topsy-turvy in order to serve interests other than those of justice, then the courage of the few, who realise that they are sitting on the throne of God and that the only expectation is that they should do justice to all manner of men, strikes you deeply. For indeed the seat of a judge is the Throne of God”.

“If a man has the power of life and death over another man, what more can he ask for except the humility to approach his job with reverence, and if one may borrow the lingo of the law, to do justice to all who bow before the throne, without fear or favour, affection or ill-will.