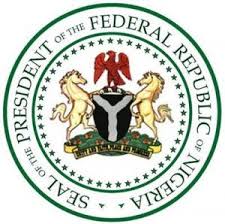 AWOISM AND THE UNENDING SEARCH FOR TRANSFORMATIONAL LEADERSHIP IN NIGERIA: CHALLENGES (6)

It is not in dispute that the just concluded elections at the State and Federal levels generated immense interest and palpable tension in the Country and consumed unimaginable amount of Naira and Dollar. Many Governors right from the date of their swearing-in began planning for their re-election. As the period for selection of candidates by political parties as stipulated by the Electoral Act drew nearer activities in several states came to a halt as many state functionaries including commissioners and ministers at the Federal level became engrossed with issues pertaining to the elections. Members of the National Assembly were at a point all busy in their respective constituencies scheming to retain the tickets of their parties forgetting their Constitutional duties of law making. The result is that important matters which require attention are always left unattended to.

Thus ministers who should daily supervise the implementation of important government policies were busy running campaigns. As a matter of fact contractors and judgment debtors including millions of dollars due to my clients were not paid even though payment had been approved by the Senate.

During his first media chat, former President Goodluck Jonathan GCFR proposed a single term of 6 years on the grounds that re-election activities cause a lot of unnecessary distraction. In his words;

“Every four years you conduct elections, you create so much tension in the political environment. As we are talking, some people are busy holding meetings for the 2015 elections. It creates series of confusion in the political environment. I am not saying that single tenure, alone, will bring one hundred per cent stability. There is no political system that is one hundred per cent stable, you must have some tension. That was why I came up with that.”

Whilst the comments of the former President attracted a lot of debate with some attributing it to a desire for tenure elongation events continue to show that there is a need for an urgent re-appraisal of the current 2-terms of 4-year term for President and Governors of the States.

I therefore believe, that the 2-term limits provided in the Constitution need urgent reappraisal. According to French political thinker Alexis de Tocqueville: "The desire to be re-elected is the chief aim of the President; that the whole policy of his administration, and even his most indifferent measures, tend to this object."

A single 6-year term will certainly pave way for the emergence of transformational leadership. In Nigeria, the preparation for second term has made our election campaign a do or die affair with tragic consequence including assaults & killings, burning of electoral materials, thuggery, malpractices, bribery and corruption etc.

I must now address a critically important requirement which is mandatorily relevant to transformational leadership. Those of us who had the privilege of observing Chief Awolowo at work recalled with relish that Awoism is synonymous with discipline.Chief Awolowo was a highly disciplined man, selfless, timeous, God-fearing, respectful, humble but firm, skilful, focus, loving, honourable, enterprising and presentable. Please ask yourself, how many of us have these attributes? Regrettably, the youths of today are worse than the elders. Perhaps this is due to the curriculum in public schools and universities where morals are relegated to the background. Apart from ABUAD and some mission based private universities, discipline is virtually non-existent in our universities. The three pillars on which ABUAD is built are determination, industry and discipline. This is strictly observed by students and teachers and defaulters are sanctioned.

While the older generations may find it difficult to change their habit, it is possible that the new generation of youths can be made to imbibe the philosophy of Awosim and the characteristics of an ideal leader. We all speak about change in our attitude both to politics and work. The older generation like a cast iron, may find it difficult to imbibe the philosophy of Awoism but the younger ones can.  To illustrate how apostles of Awoism can emerge, I wish to quote from a letter written to me by Popoola Olamide, who won Unilever World Competition in London in 2016 and alumnus of my university (ABUAD), part of which reads:

"... Sir, in one of your speeches, you mentioned that you had the urge to make a difference in the world and that drove you to build a world class university. The truth is that you have not just made a difference; you're building a new world. If you only wanted to make a difference according to the world's definition, you could have instead invested your time and resources to build an empire of big businesses ranging from oil to banking. Or you could have decided to invest in politics, with the quality of your integrity and wisdom you would have been such a great leader the nation will not forget soon.

...But sir, you chose not to make a mere difference in the world, but rather you decided to build a new world, a new Nigeria. You decided to set the foundation for a new kind of people, you decided to invest in the younger generation, to give your time and effort in exchange for a brighter tomorrow. And you, knowing that the only sustainable change is the change that changes the mind, built an institution that will construct the minds of the youths; all these in exchange for nothing.

Truth be told, you are a blessing to the world. Your dedication to humanity is like no other; even the Queen had to honour you because in reality no one can overlook your contributions. You have sponsored the fatherless, you have fought for the weak and powerless, and more importantly you are always in the habit of building leaders and making everyone better. I am so proud I met you, I am glad that I had the opportunity to be mentored by you. Every time you say to us "you will be greater than me", we wonder in our minds "how possible is that?', but then you have taught us just how to go about it, you have planted yourself in each and every one of us. Now we can reproduce you in every area of life. Some of us might not know it now, but they will come to appreciate you someday soon.

In less nine (9) years, I succeeded in building a new generation of people, a new crop of decent Nigerians who believe in the tenets of ABUAD Ideology - Industry, Determination and Discipline. It therefore follows that those who believe in Awoism and practise the tenets of Awoism religiously can emerge as transformational leaders like Chief Awolowo.

In conclusion, it is evident that a ruinous combination of lack of true federalism, lack of sustained government investment in education, abandonment of agriculture by successive governments, indiscipline, inadequate emphasis on morals in our institutions, poor leadership, God- fatherism, conversion of politics into business enterprise and the huge salaries and allowances paid to political office holders and the two terms for Governors and President have over several decades rendered the search for transformational leadership in Nigeria illusory and utopian.

All hope is however not lost. All of us, leaders and followers in the Nigerian project have pivotal, sacred and indispensable roles to play in contributing our strategic opinions and efforts to reverse the current trend. As John Galbraith, an economist and public intellectual, once noted:

All of the great leaders have had one characteristic in common: it was the willingness to confront unequivocally the major problems of their people in their time. This, and not much else, is the essence of leadership.

Chief Ọbáfẹ́mi Awólọ́wọ̀ tackled the wicked challenges of his time with great vigour, intellect and selflessness, and history will forever remain kind to him.